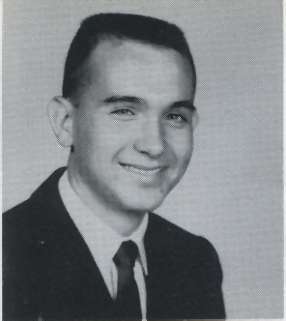 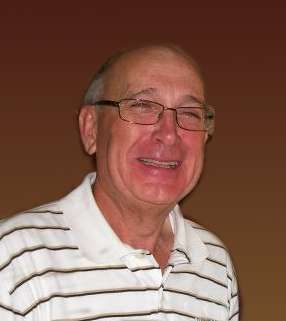 This is an account of my activities since graduating from HHS in 1961.

From 1965 until 1982 I was a band director for bands that performed throughout the southeast and southwest USA.

During those years, 1972-1976 I was Orchestra Director for Musicals at Laurel High School for the USM Summer Arts Festival Faculty.

From 1882 until 1999 I conducted the Hattiesburg Civic Light Opera and was in sales in marketing for the organization.

In 2004 the Mississippi Commission for Cultural Exchange sponsored the "Glory of Baroque Dresden Exhibition" in Jackson. Many important German officials attend the opening of the exhibition including German Chancellor Schroeder, the German Ambassador to the USA, and the German Consul General from Atlanta. The USM Symphony Orchestra performed at the opening of the exhibit. As a result of that exhibition and the USMO performance, close friendships were forged.

The week before Thanksgiving 2005 was a very memorable week for me. On Friday of that week, I received notice that I had passed the National Boards. (This had been a year- long process with a full day of written exams). On Tuesday before Thanksgiving 2005, I received a call from the German Consul General in Atlanta inviting me to visit Berlin as a guest of the German Government. The purpose of the trip would be to discuss the possibility of my orchestra performing in Berlin. In December of 2005, I departed for a ten day visit to Berlin to meet with German officials and officials at the American Embassy. While in Berlin, I was hosted by a guide from Goethe Institute.

In a meeting at the German Foreign Office with the Coordinator of North American-German relations, I learned of the great appreciations Germans have for the help from the United States during the Berlin Airlifts and the Marshall Plan. In an effort to show German appreciation for our help, the German Parliament from time to time allocates money for a Trans-Atlantic Cultural Exchange.

In January 2006, the German Consul General came to Gulfport and invited my orchestra to perform in Berlin. We were the only high school orchestra ever to have been invited by the German Government to perform in Germany. He also informed me that the German Parliament would allocate money to cover most of our expenses. Who could have ever dreamed that a group of Mississippi students sixty years later would become the beneficiaries of America’s generosity to another country. The Director General of the German Foreign office stated: “Without the help of your government, my people would have starved and frozen to death.”

The 2006-07 school year was a very busy time preparing music for a benefit concert and performances in Berlin. An opera singer friend originally from Gulfport, now living in Vienna, came home to sing on a benefit concert for the orchestra. It was a great experience working with her.

In late March 2007, we boarded Lufthansa in Atlanta for our much anticipated visit to Berlin. Only one of my students had ever traveled outside the USA. We presented three concerts and were treated royally while in Berlin. We visited many sights in the city and surrounding area including parts of the Berlin Wall still standing. We also attend a performance of the Staatsoper Berlin and two concerts at the world famous Phiharmonie Hall where I met the famous conductor Pierre Boulez. We returned home after a ten-day visit with many memories. When I see the former students who performed in Berlin, we agree that all our lives were changed by the experience.

Editor’s note: In 2007, the Mississippi State Legislature passed a resolution, House Concurrent Resolution 82, where they thanked the Federal Republic of Germany for fostering relations between Germany and the US by sponsoring a trip for the Gulfport High School Orchesta, which Billy directed, to perform in Germany. Billy described this trip in the previous paragraphs.

As a result of our performances in Berlin, The Kennedy Center in Washington, D. C. invited my orchestra to perform at their Millennium Stage. Our April 2009 performance was broadcast live over the Internet.

During the last five years of my teaching and conducting career, I was fortunate to have developed many friendships with people from around the world.

Since retiring, I have traveled back to Europe to visit with friends. While in Germany last October, I visited Ulm, the city of my ancestors, and Heidelberg, the namesake of our own Heidelberg, MS. I was given a “welcome back” by some of the Germans in Ulm. (My ancestors left Ulm in 1735. Last year was the 275th anniversary of that departure.)

I was invited to Puebla, Mexico in 2009 and most recently in July 2011 to guest conduct La Camerata del Conservatorio de Musica del Estado de Puebla. Puebla is the capital of the State of Puebla. It is about two hours south of Mexico City. I had an amazing time working with these college students. My friends in Puebla, Fernando and Skirma, attended the Cincinnati Conservatory of Music. He is from Puebla, and she is from Lithuania.

Plans for the Future

My next projects include helping some of the orchestra students in Puebla who are extremely talented but have few resources. I have never worked with more talented and wonderful people. I also plan to work with a friend who plays in the Berliner Philharmoniker to host a group of musicians from the orchestra to the USA and Mexico. I have been asked to teach some courses in orchestra at USM. The last five years have been an amazing journey with so many wonderful friendships.

Best wishes to all our classmates for good health, long life, and good fortune.